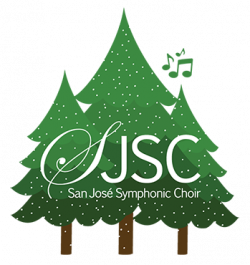 Topic/Summary:  Chichester Psalms:  It becomes apparent that the number seven is of particular significance in this piece.

Topic/Summary: There has been much speculation over Bach’s reason(s) for writing the “B minor Mass.”

With choir starting up very soon, it might be good to share a few historical notes about the music that we will be rehearsing-Puccini’s beautiful mass that he wrote at eighteen years old-his Messa di Gloria.  The title implies that it is a “Lutheran mass” or missa brevis, the kind that Bach would write, meaning a setting of only the Kyrie & Gloria.  Bach’s B minor Mass was an exception to that practice and is why it was called the “Great Catholic Mass” in its early stages; it was a missa tota (complete mass) and very unusual as we learned last season. Scholars have debated for hundreds of years why he wrote it.

The Messa di Gloria is also a missa tota or complete mass, and became known by this title much later. It earned this title because the Gloria section was and is longer than any of the other sections; it takes up nearly half of the entire mass, hence the title by which the work has become known today.  And we clearly know why Puccini wrote it.

One usually does not think of sacred music when the works of Puccini are discussed. In fact, few people even realize that he wrote any sacred music, let alone a complete mass, since he is known today as an opera composer, renowned particularly for La Boheme,Tosca and Madama Butterfly to name a few of his operas. But he did; he wrote this beautiful mass for his graduation piece from the Lucca Institute Musicale simply titled, Messa a quattro voci.  It was performed to great success in 1880, and praised by both critics and public alike.  Then curiously, he filed the piece away and it was not heard of again until 1951. Why?

Puccini was the fourth generation of a family of church musicians from Lucca in northern Italy, and held the position of town organist and maestro di capella at the cathedral of San Paolino. So he was indeed familiar with sacred music and liturgical practice. He studied at the nearby Institute Musicale and in 1876 walked twenty miles from Lucca to Pisa and back to hear a performance of Verdi’s Aida. It was this experience that finally made him decide to pursue a career in the theatre rather than the church.  So why was his Mass not performed again for seventy years? Because Puccini clearly intended it to be a farewell to his association with sacred music. Puccini spoke of that fateful performance of Verdi’s Aida later in life when he said, “I felt that a musical window had opened for me”.  In September, when we begin to learn the mass together we will get more than “a glimpse through that window” into the operatic proclivities of Puccini; it is prophetic in its musical tone of what Puccini was to become.

Jumping ahead about seventy years to 1951, Father Dante del Fiorentino, an émigré Italian priest living in New York who had known Puccini when he was a young curate, was visiting Lucca to collect material for a biography of the composer. He came upon a copy of the mass and on his return home organized the first American performance of it in Chicago in 1952, seventy-two years after its premiere in Lucca. Regrettably, the notes in the preface of the published score perpetuated the fiction claimed by Father Dante that he had ‘rediscovered’ the ‘lost’ manuscript amongst the large collection of Puccini’s works held by the family of his musical secretary, Vandini. In fact, the work was never lost; Puccini scholars had always known of its existence and Father Dante was by no means the first to have seen the manuscript. (Quoted from program notes by John Bawden). The reason why it was never performed was a choice Puccini made early in his career.  He died Nov. 29, 1924 at age 65 of a heart attack, and not once during his entire life nor during the 27 years following his death did the mass surface, but it wasn’t lost either.  John Bawden goes on to say, Since its publication in 1951 it has been universally known as the Messa di Gloria and has become a firmly established part of the choral repertoire. It comprises the usual mass sections: Kyrie, Gloria, Sanctus and Benedictus, and Agnus Dei. Puccini uses a standard classical orchestra, with tenor, baritone and bass soloists. The Messa di Gloria is an uncomplicated work. Its style is direct and unashamedly operatic, and it is clearly influenced by Puccini’s hero, Verdi. As a liturgical work written in an overtly operatic style its most obvious antecedents are Rossini’s Petite Messe Solonelle (1863) and Verdi’s Requiem (1874). It is a remarkably assured work for an eighteen-year-old, full of colour, vitality and musical surprises such as the many sudden key changes.

I am quite certain that you are going to love this piece, which runs about 45 minutes in length, comprising the second half of the concert on Saturday, December 1.